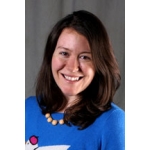 Sykes Holiday Cottages is expanding its business internationally for the first time by investing in a leading holiday rental firm in New Zealand.

The move to take an unspecified majority stake in Auckland-based Bachcare gives Sykes a foothold in the southern hemisphere.

It also supports Bachcare’s ambitions to expand beyond New Zealand, where it manages 2,000 properties in 150 locations, serving more than 150,000 customers a year.

Bachcare will continue to target the domestic New Zealand market, operating under its existing brand which founder and CEO Leslie Preston first established in 2003.

Bachcare employs around 50 people and works with around 100 contracted holiday managers across North and South Island in New Zealand.

Sykes Holiday Cottages employs more than 500 people and last year and served more than 1.5 million holidaymakers from its head office in Chester. Read the rest of the article...

For more about Bachcare, read the Issue 1 2019 Arrival interview with Bachcare’s Leslie Preston.

How can the vacation rental industry maintain optimism about the months ahead? A recent survey from Generali Global Assistance suggests the summer travel season could bring a lot to look forward to, i...
A Love Letter to the Industry

Listen to the latest issue of Arrival Podcast.
Access for All: How Smaller Players in the Short-term Rental Marketplace Can Adopt Best-in-Class Property Automation Tools, Too

Here are some of the key benefits that property automation technology has to offer the smaller vacation rental property manager.