Creating a Local Ordinance Everyone Can Live With 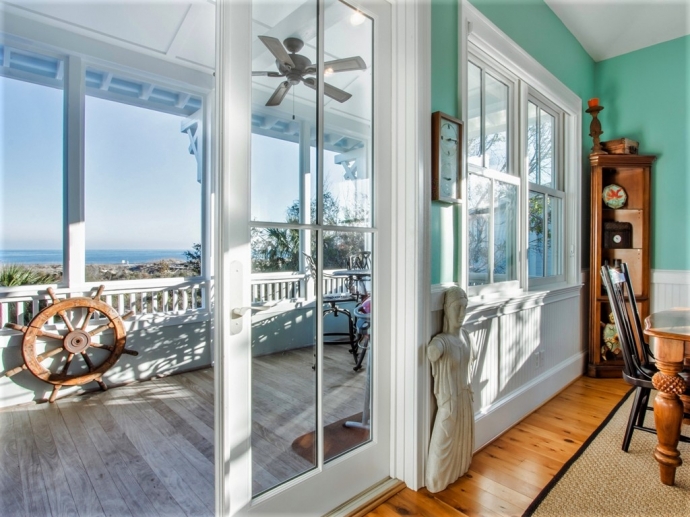 Tybee Island, a mere 20 miles east of Savannah, Georgia has long had a reputation as a “quirky, funky beach town,” and residents of Tybee like it that way. It sets the island apart from its near neighbor to the north, Hilton Head Island, South Carolina. Nestled on the coast between historic Savannah and resort-y Hilton Head, Tybee offers a getaway even from the getaway.

At just over two square miles, the island is home to approximately 3,000 permanent residents, 500 hotel rooms (“all mom’n pop; there are no chains here,” says Amy Gaster, president of Tybee Vacation Rentals,), and 1,200 vacation rentals (VRs) offered by several VR agencies. Unsurprisingly, the island’s economy is lopsidedly based on tourism. Sixty-two percent of tax revenue is generated by vacation rentals, and one-third of all the homes on the island are short-term rentals. Virtually all of the island’s jobs are either directly or indirectly connected with tourism. Like a lot of resort areas, it’s quiet in winter — “completely dead,” is Amy’s description — and crazy in summer. “We go from zero to 1,000 in summer,” she comments. “But many residents accept this as part of living in a resort destination.”

Not everyone, however. A vocal minority made frequent complaints to local government about noise, traffic, parking and trash. “Some residents feel overrun by tourists in summer, and I can understand why they feel that way,” Amy says. “It can be jammed on a Saturday night. Tybee allows open containers of alcohol, and the island is known as a party place, especially for the young.” She points out that 90 percent of Tybee’s visitors are drive-ins from Savannah and neighboring towns. Tybee’s civic government has had to hire more than 20 police officers just to handle the problems thousands of tourists will create. For a local, it can feel sometimes like your front yard is party central, and you didn’t invite the guests.

The easiest target for angry residents was short-term rentals. They wanted strict controls placed on these rentals, they said, to better control weekend crowds and, perhaps more importantly in their view, maintain the “quirky, funky” spirit of Tybee.

But the angry residents didn’t have much data to support new rules. Moreover, they didn’t count on the fact that Amy, especially, had developed a good working relationship with local government officials. “It’s pretty much a part-time job for me,” she laughs.

She and other vacation rental managers on the island established the Tybee Island Association of Rental Agents, or TIARA, to take a proactive rather than defensive approach to resident concerns and issues. TIARA created a Good Neighbor Program and wrote codes of conduct for guests as well as members. “We work to avert potential problems and to ensure that developing problems are resolved. We ask that guests recognize TIARA member companies’ dedication to maintaining a peaceful family atmosphere for all residents and visitors of Tybee Island,” states TIARA’s Good Neighbor introduction. And among the codes for TIARA members, which cover more than two-thirds of all the vacation rentals on the island, is this one: “Endeavor to eliminate any practices in the community that could be damaging to the public or could bring discredit to the vacation rental industry.”

TIARA’s most important achievement, however, may be the ordinance it developed with local officials to regulate Tybee vacation rentals according to best-practices protocols. The ordinance provides regulatory compliance on things like signage, parking and noise, and it established base levels for the appearance of vacation rentals. “We want residents and tourists alike to see that our homes are taken care of,” says Amy.

The original ordinance, put into practice in September 2016, was recently revised, with the updated version taking effect at the start of 2018. The revised ordinance increases the vacation-rental registration fee from $25 to $100, with the extra funds earmarked to cover the cost of a city marshal who deals with nothing but vacation-rental matters. The marshal has police credentials and has authority to issue citations.

“We learned that the way to fight city hall is not to fight city hall. The goal, to me, is to work together and build up trust,” Amy says. “This worst thing you can do is get defensive and storm the building.” The result of the ordinance and TIARA’s ongoing outreach to local government officials and residents is a framework for problem-solving and a respect for the individual as well as mutual concerns. She adds, “Overall, the mayor and the mayor’s staff are very positive about the value that professionally managed VRs bring to the island.”

Studies show that vacation rentals are good for the local economy. How can we amplify this narrative?
How to Talk Safety with Homeowners by Putting the Relationship First

As we enter a new decade and vacation rentals grow to become more popular, it is a time to review maintenance and safety in vacation rentals.
How to Stay Ahead of Changing Trends

The rise of these online vacation rental platforms ─ combined with advances in technology and a customer base eager to book and stay at these properties ─ resulted in vacation rentals beco...