Generation ABCs: Making Sense of What Wants What and Why 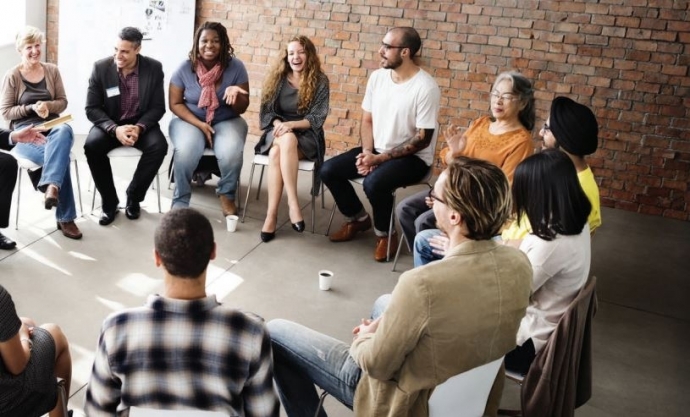 What do they want?

Every vacation rental manager asks that central question with each rental. What do our guests need? What do they expect? And how can I give them what they’re looking for so they’ll become regular guests?

In this special section, we highlight what defines the generations now booking vacation rentals and how VRMs can position themselves to respond to those definitions.

Defining Events: Elvis and the birth of rock and roll as a cultural force, the JFK assassination, the Beatles appearing on the Ed Sullivan Show, the Civil Rights Movement, “the Eagle has landed,” wide availability of “the pill” that ignited the Sexual Revolution, Summer of Love, Woodstock.

Impact: First generation in history in which children and, especially, teens had significant spending power. First generation with large numbers of working women and two-income families. It was Baby Boomers who changed the American automobile industry by preferring small, economic, foreign-made cars over big gas-guzzlers. First generation to widely use computers in the workplace, but Boomers in general don’t have the easy familiarity with technology that younger generations have.

Expectations: Boomers grew up with the expectation that their lives would be easier, and wealthier, than the lives led by their parents, who grew up during the depression and came of age during World War II. Now, Boomers are ready to relax after a lifetime of working, but they’re concerned with having enough income in retirement. Boomers have more money for discretionary spending than other generations (all those years working), but want quality for their dollar and are willing, up to a reasonable point (and they decide what’s reasonable) to pay for it. Baby Boomers grew up with their parents telling them harrowing stories about hard times in the 1930s. In a vacation rental, Boomers value the “get away from it all” experience, but at the same time, they want to stay in touch with the world ─ remember, this is the first generation to grow up with the nightly news on television. A vacation rental with all the technological amenities ─ Wi-Fi, big-screen TV, “smart” appliances, etc. ─ is nice but not a necessity.

Vacation Rental Scenarios: To some extent, Boomers are already vacationing – more than half are retired. Boomers, therefore, reserve a vacation rental for special experiences such as,  a family reunion, a week with the grandchildren, a “bucket list” getaway on a tropical island, a week in a Paris apartment, a second (or third) honeymoon.

Baseline Expectation of VR Service: A clean, well-lit place to relax. Nothing too complicated, please.

Above-and-Beyond Service: Concierges who handle everything.

Impact: 1973 had the lowest birth rate in the U.S. in the twentieth century, a result of both the wide availability of birth control and worries about the Vietnam War. Generation X is the first generation to grow up with two working parents as the norm. It is also the first generation to grow up with personal computers. And it is the first generation to experience school integration without accompanying riots or violence. Stereotyped as “slackers,” the 9/11 first responders were in fact predominantly Gen Xers. Many of today’s largest tech companies ─Google, for example ─ were founded by Gen Xers, and research in 2002 found that four out of five new businesses in the U.S. had been started by members of this generation.

Expectations: Generation X is in its peak earning years. This generation wants value and return for their money. They’re careful with dollars compared to the profligate Baby Boomers (who often spent lavishly to spite their tight-fisted parents). In their lifetime, Gen Xers have seen tremendous change in the workplace and in technology and have learned to adjust; new ideas don’t worry Gen Xers. They are flexible and expect flexibility. This is the first generation that expected on-site childcare in the workplace, and it is the first generation to expect, not just demand, equal pay for equal work.

Vacation Rental Scenarios: Generation X isn’t quite ready for retirement, so vacations mean getting away from work. Taking vacation at family-friendly resorts and locations is a Gen X hallmark right now. But romantic second honeymoons are popular, too. And members of this generation have high expectations of excellent service, so be prepared.

Above-and-Beyond Service: The VR arranges and manages a child’s birthday party during a guest family’s stay.

Impact: The first generation to grow up not just with computers, but to have mastery of personal computers from early childhood. Technology is second nature to Millennials: As children, they listened to iPods and as adults; they cannot live without their iPhones. This is also a socially liberal generation: for example, Millennials are the first generation to widely accept and embrace same-sex marriage, and this is the generation that has pushed for the legalization of marijuana. Bernie Sanders has called Millennials “the least prejudiced generation in the history of the United States.” Millennials have also been called the “Peter Pan generation” in reference to the seeming perpetual childhood or young adulthood of many Millennials.

Expectations: Technology! It will provide convenience and it will provide answers. The non-tech life is for Baby Boom back-to-the-landers and Gen X Luddites, not for Millennials. In a vacation rental, Millennials expect the works: Wi-Fi, flat-screens, smart appliances, high-speed Internet. Social research has found that Millennials tend to be more self-confident and narcissistic than Gen Xers, and they tend to value wealth and obtaining wealth more than older generations.

Vacation Rental Scenarios: Honeymoons. A long weekend with the boyfriend/girlfriend. A young couple’s first get-away from their toddler children. Millennials will be drawn to, and will be ready to pay for, amenities such as catered in-home dinners prepared by expert chefs. And what’s not available will be immediately searched for via Google, so be sure it is available. Millennials will also arrange vacation rentals for off-site work conferences and meetings.

Baseline Expectation of VR Service: High-tech everything. No cash needed.

Defining Events: September 11 (although very young or not yet born at the time), the War on Terror, the Great Recession, No Child Left Behind, the Obama and Trump presidencies, Twitter and the emergence of post-Facebook social media, the development of driverless cars.

Impact: Some demographers forecast that Generation Z will be the largest generation in human history. Already it is the most culturally and ethnically integrated generation: In the U.S., mixed-race members of Generation Z comprise a huge portion. High-tech multitasking comes as naturally to Gen Zers as skateboarding did to Gen Xers. This is the generation that will invent technological solutions that we haven’t yet even begun to imagine. At some point, this could very likely be the first generation to put flying cars in their garages.

Expectations: Claudia St. John, president of Affinity HR Group, writes, “Raised by their tough-love, skeptical Generation X parents, Gen Z does not share the sense of entitlement and need for feedback and validation that many consider typical of the Baby Boomer-raised Millennial generation. Instead, Generation Z individuals tend to be independent, competitive, hard-working and pragmatic.” Research by the Society for Human Resource Management has found that Gen Z expects to start at the bottom of the ladder and work up ─ but they definitely expect to go up. The same research found that nine in 10 Gen Zers say that the technological sophistication of a potential employer is a primary attraction ─ an important fact for VRs to note when catering to this generation. Moreover, in the career setting, Gen Zers say that salary, benefits and opportunities for advancement are much more important to them than whether a job is “meaningful.”

Vacation Rental Scenarios: Many and probably most Gen Zers are still vacationing with their parents, so family getaways still typify, to large extent, the VR scenario for this generation. This is not a group (yet) that will use a vacation rental for work-related purposes. Gen Z expects to be entertained at any VR. They’re not afraid of old-fashioned fun, however, and a beach with the right pre-arranged activities can be just as exciting to Gen Z as a high-tech video game arcade.

Defining Events: The basic defining experience of mixed-generation groups is how personal history has intersected with historical events, as well as personal relationships.

Expectations: A successful mixed-generation experience provides each generation the opportunity to learn something from each other. A group in a vacation rental will be sensitive to how each member is being treated, not just by other members of the group but also ─ importantly ─ by the VRM. If Grandma’s health needs are not accommodated, if the grandchildren have nothing to do, if Dad gets into an argument with the front desk ─ all of these will have a big impact on the experience of a mixed-generation group and on their memory of it.

Baseline Expectation of VR Service: Services on hand to make sure everyone has a good time.

Above-and-Beyond Service: “It was the best family reunion/company meeting/church getaway ever! Everything ─ the house, the food, the VR staff ─ was just perfect! Even Grandma said she hadn’t had such a great time since she eloped with Grandad!” 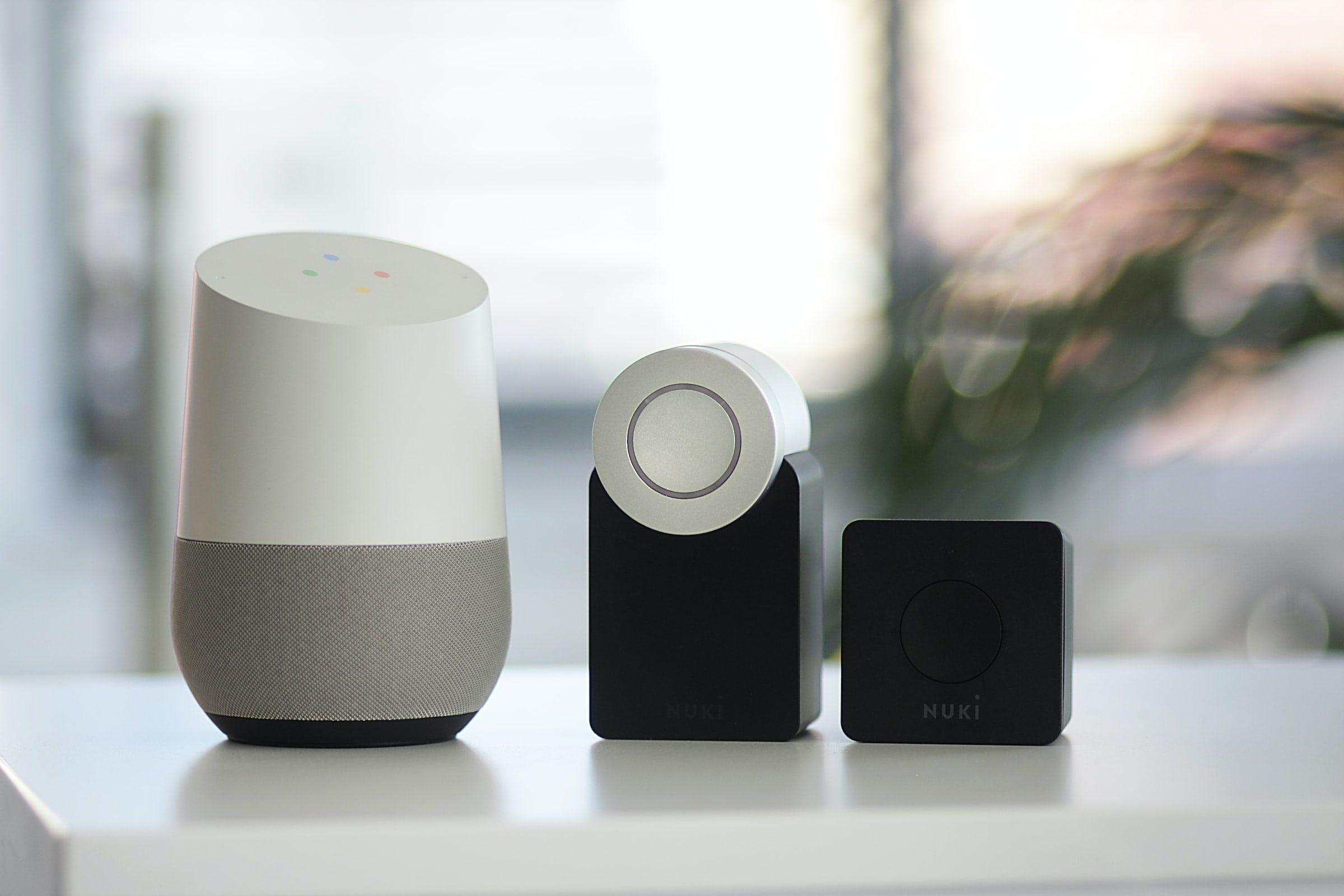 Sonoma County, California, supervisors passed updated regulations on vacation rental units, restricting them in some areas and banning them wholesale in others.