A (Speculative) Prediction of the Deals to Come in 2017 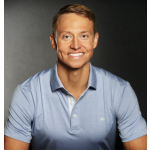 This is part one of a two-part quarterly outlook blog. Part two will be posted next week.

For several years now I have written a quarterly trends article looking at what has happened over the prior three months in the vacation rental industry and sussing out the implications for those involved in the space. As anyone who has read my pieces now knows, a trend that continually comes up is that of “consolidation.” As more and more money pours into the space, the big get ever bigger.

This is a trend that goes back at least to the late 1990s with ResortQuest’s strategy of rolling up vacation rental managers (VRMs). It is one that gained speed in the mid-2000s with HomeAway’s aggressive listing site and PMS roll ups (~35 acquisitions), eventually leading somewhat poetically to HomeAway itself being acquired by Expedia. And the longevity of this trend is being borne out today by many others—from TripAdvisor to Wyndham, from Vacasa to Airbnb, and from Vacation Rental Pros to hotel chains like Accor continuing to buy up smaller fry.

And so rather than just recap the most recent deals that occurred and rehash the continuation of the consolidation of the vacation rental industry, I thought I would do something different this time around: I figured I’d go out on a limb and predict in the most speculative manner possible what some of the upcoming blockbuster deals might be.

Without further ado, here we go.

Airbnb’s desire—and given the amount of money it has raised to date, obligation—to continuously expand is no secret. The company has already completed more than a dozen acquisitions to date.

The biggest and most interesting by far, however, is its recent purchase of Luxury Retreats for hundreds of millions of dollars. This expansion of its listing and booking business makes sense, and it shows Airbnb’s intention to get more involved in the luxury end of the market.

But could the company take this a step further, and look to get its hands dirty by expanding into actual on-the-ground management?

Such a move is not as crazy as it might first appear.

Airbnb’s first foray into the management space was the “Sonoma Select” program last summer. Reports suggest that it was not only a success; the company also saw much higher margins from that business than its traditional one.

When you combine this with Airbnb’s more explicit push to professionalizing its marketplace through its “Find a Superhost” feature, the logical conclusion is that Airbnb itself could eventually fill in as this professional.

As any of you reading this know, however, the on-the-ground operations are by far the most difficult part of the business, the hardest to predict, and the hardest to standardize. And that is why, if this is a route Airbnb takes, the acquisition of a vacation rental management company, or many, would make sense.

So who would be the target(s)?

Companies like Sonder or Pillow would make sense if Airbnb wants to keep to its bread and butter of urban rentals.

If instead Airbnb wants to make a big splash, acquiring a company like Vacasa would certainly make some waves.

If on the other hand Airbnb wanted to follow their Luxury Retreats acquisition with a more luxury brand vacation rental management company, companies like Utopian or Invited Home start to look more appealing.

Or will Airbnb go in the opposite direction? Now that they’ve made a big move into the luxury distribution space, will they expand into the other direction (e.g., hostel distribution)? If so, the acquisition of a site like HostelWorld.com could be next.

If the logic for Airbnb, a distribution site, moving into the VRM side of things makes sense, then so too does that for a VRM getting into distribution.

You need not be a travel expert to have heard of all the battles hotels fight with OTAs (Online Travel Agencies) in their attempt to capture more of their bookings directly on their own sites. And what better way to save those OTA fees than to have your own? Lower or no fees mean higher margins for your business.

But who would they buy?

As you know, there is no dearth of “also ran” listing sites out there. While many have ended up in the arms of companies like HomeAway (now Expedia) or TripAdvisor, and we have already mentioned Wyndham’s purchase of Wimdu, there are still many out there looking for their exit.

One, or more VRMs may be the savior they are looking for now that Expedia bought HomeAway and may have iced, if not killed, their initial exit strategy.