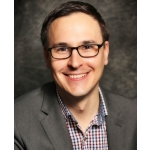 It has only been a little over a week into 2019 and state legislators have moved quickly to introduce legislation that affects the vacation rental industry.

South Carolina, Missouri, and Nebraska are the first three states in 2019 to propose the creation of statewide preemption for vacation properties. These preemptions protect the property rights of vacation homeowners and protect the vacation rental industry by preventing communities from outright banning short-term rental but still allowing for the regulation of the industry.

There are currently five states with preemption: Arizona, Florida, Idaho, Indiana, and Tennessee. A sixth state, Wisconsin, also technically has preemption, but their law passed as an amendment to the 2018 budget bill and there are questions over its long-term efficacy.

To learn more about the bill follow the links below.

Senator Adam Morfeld introduced a preemption bill on January 10, 2019. There currently is not a summary of the bill available. We learned about the effort through his announcement: