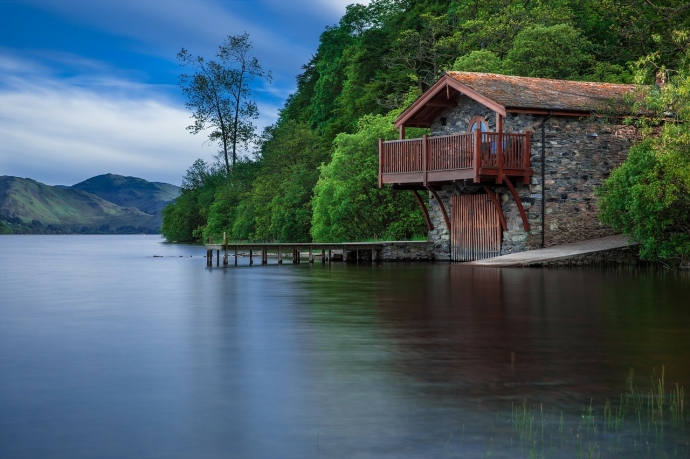 The power of the great idea you never thought you could pull off. Sometimes you just have to go for it.

When the HomeAway team was thinking up their next big campaign, they landed on a seemingly crazy idea: Create a contest that gives travelers from around the world the chance to win a trip to Paris and spend the night in the Eiffel Tower. This had never been done before, but the company, which lists over one million live vacation rental properties in 190 countries on its site, didn’t back down. In June and July, four lucky winners and their guests spent a night in the iconic landmark.

The winners won the giveaway, called “Eiffel Tower All Yours,” by answering a simple question: What would you do if the HomeAway Eiffel Tower Apartment was all yours for a night?

Of course most VR companies don’t have the resources to pull off such a project, but the lessons learned from HomeAway’s campaign can apply to any big idea for companies large and small. We spoke to Bill Furlong, vice president of North American Business at HomeAway, just weeks before the winners were announced about the highlights and challenges of the campaign.

What were some of your key takeaways from carrying out this project?

Be true to your brand promise. We wanted to bring to life the whole home experience. The ideas that allow you to tell the story of what your brand is about are the ones that resonate.

You’ve got to sweat the details. There’s the project plan with a thousand moving parts and you have to think about those details and work them really hard.

Whatever you can do with your local community, think about putting as much of your wood behind that barrel as possible. It’s not just about letting someone spend the night in the Eiffel Tower, but also about making that available for people to visit while they’re in Paris, tying it into the Euro Cup, our website, our media and ad planning—how can you put everything behind that program and execute it well? That’s where it goes from being a good idea to magic.

The Eiffel Tower stay also includes a gourmet dinner and round-trip transportation. Why the extras? Is this what the VR experience needs to be?

In terms of the entire elements of a vacation, no I don’t think that there’s any major theme here for where the VR experience is going. But in the lodging part of the vacation experience, more and more people aren’t satisfied with staying in a box in a big building in a nondescript location in an average part of town. People are looking for something that’s a really special experience. You see it in the level of repeat stays in VRs. Eighty-four percent [of guests] plan to stay in a VR again after they do it the first time.

Part of the giveaway included the #EiffelTowerAllYours social media campaign. Why was it important to include this?

More than ever doing great marketing is about a conversation and about involving the people you’re reaching. The day we announced this program, I went out to dinner with a group of friends. There were some people there I didn’t know, and they asked what I did, and someone had heard about the Eiffel Tower [giveaway]. We started talking about what you would do if you spent a night there. That let them feel part of it and [they had] a conversation that wasn’t artificial. There are people around the globe having a conversation just like this.

As a property manager, the benefits of dynamic pricing might seem clear to you: more accurate prices on your listings, access to decision-driving data and insights, time savings, and, ultimately, maxi...
How to Fix Your Vacation Rental Pricing: 7 Red Flags to Spot in Your Booking and Reservation Data

To help you build out your revenue management strategy, I have identified a few red flags that I spot in the booking and reservation data. Spotting these red flags can help you immediately course-corr...
Pre-Summer Heatwave Leads to Record Occupancy in Europe

According to AirDNA, demand for travel in Europe this summer is not being stymied by airport delays or inflation; the desire for European short-term rentals is 11.4 percent higher in May than in May 2...